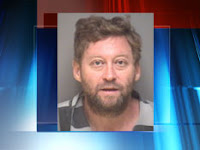 This mugshot is a sad picture, as most mugshots are.

The County is abuzz with the disappearance and return of Michael Comer. The "comments" sections are filling up wherever there's a story printed about the accused embezzler, ex-treasurer of the Homeowner's Association (GCA) and ex-President of Glenmore Country Club.

After nearly a month's absence, Comer apparently called wife Kandi Kessler from a payphone at Wintergreen resort in Nelson County, and was soon after arrested then remanded into the custody of the Albemarle County Police. He is now free on bail and at home. Comer's next court date is set for September 3.

Numerous questions remain about what has happened. The following are just some of the questions whose answers will unfold over the coming weeks and months.

As we're a real estate blog, we'll start with

1. Kandi Kessler Comer, apparently at the advice of REIII CEO & brother-in-law Jeff Gaffney, put the family home up for sale, as well as an additional investment property. Since Michael Comer was missing, how was the sale going to be completed in the event a buyer came forward? Had Comer previously signed a document consenting to the sale? Both party's names are on the County records.

2. Michael Comer seemed to disappear. In a similar way, were his houses actually for sale, or is it necessary to give the "appearance" of being for sale? If so, why? To indicate that restitution of "debt" is forthcoming? Or do these properties "seem" like they are for sale so some kind of LLC or somebody in the extended family may step up and "seem" to buy the properties--giving the Comers money as well as a place to live?

3. The prices don't reflect a need for quick sale. There's an enormous expectation of "profit." If they are actually for sale, the prices reflect a need for serious cash--ie, there was "overleveraging" going on in the form of Home Equity Line of Credit or cash-out re-fi's. The properties are not, arguably, competitivly priced for this market or this economy. To believe that, even with "improvements," either house has accrued so much in "value" is to believe that buyers lack the ability to educate themselves on the market or the economy. Local sales declines, and price declines, show otherwise. Additionally, higher priced properties are the slowest moving right now. Too, there are price reductions everywhere. On top of this, the properties are connected to scandal. "Scandal" typically reduces prices for "quick sale."

4. How were these properties funded? What kind of mortgages/liens are held? (A: this is answerable w/a trip to the County Courthouse.)

Where has Michael Comer been? What has he been doing?

1. How did he "disappear"?
2. Did he have any accomplices?
3. If he was camping up near Wintergreen, did he lay in supplies ahead of time?
4. If he was camping, or "on the run" in Nelson County, why did the Nelson County Sheriff's tracking dogs fail to pick up a scent?
5. WTH did he do all day?
6. Did Michael Comer leave the state or country?
7. Did he have help in coming back?
8. Have his cell phone number records been retrieved?
9. Has the OnStar nav system on his car been tracked?

1. The current Glenmore Community Association audit goes back to 2006. When will audits for earlier periods be conducted? Comer was Treasurer for 15 years.
2. Where did the Developer, Glenmore Associates, think all that cash was coming from?
3. The Developer, Glenmore Associates, doesn't currently have enough cash to refund the money to the GCA, which has agreed to a repayment schedule. Why doesn't the Developer have the money? If it wasn't part of expected or budgeted revenue, how could it have been spent?
4. Did any of Comer's business associates know or suspect what was happening?

The Glenmore Community Association Board of Directors

Will the scandal, the Board of Director's lack of oversight, the mishandling of money and the criminal acts of embezzlement on the part of Michael Comer have an impact on property values?

Will any member of these families continue to have any kind of leadership role at Glenmore?

Why did he do it?
What made him come back?

What are other unanswered questions?

Related Reading
See readers' comments after these local stories: cvillenews. com here and here , NBC29, The Hook.
A recap of the latest up to Wednesday, July 29, via The DP.
The Glenmore Audit
Wife issues statement, but not reward

Posted by C'ville Bubble Blog at 3:33 AM

WOW, what a thorough, thoughtful commentary. Hope some answers are forthcoming.

i have questions about why bail was so low. why judge ignored commonwealth atty rec.

GlenmoreRes: It appears to me that he may only be guilty of breach of his fiduciary duty to the Association and not embezzelment (unless he personally stole money from Glenmore Associates or the Homeowners Association, which nobody has said happened yet). I've heard no talk of monies missing from Glenmore Associates, so it may be a case of unauthorized advances from one entity to another. Frankly in working with developers for over 20 years, it's common for them to pull funds out of partnership A into other partnerships without any advance authorization or without the proper promissory notes to evidence debt. Not that it's the right thing to do by any means, but that's just what happens all too often. Somehow my guess is that Comer had a talk with legal counsel about what transpired and they told him that there may not be a criminal issue, but certainly a civil one. Lot's more to learn about whether monies were missing from Glenmore Associates, but for now I read that they do not believe funds are missing.

This is the guy who sign his letters "Respectively."

Excellent probing questions. Glenmore is operated by a closely guarded family with little regard for transparency; their mission is maintain image and keep real estate prices rising. Most residents support this mission and have no desire to ask probing questions. In this economy, the Glenmore house of cards has folded and Comer lost it. That's my analysis.
Former Glenmore Resident

I have to agree with the Aug 5 Anonymous comments. The empire may be cracking, following the path Weather Hill appears to have taken. The family has REIII to keep it afloat - maybe.

C'ville Bubble Blog
Charlottesville, Virginia
A RE blog written by RE observers. Add input in Comments or blow a bubble to real.cville@gmail.com

Better to Buy or Rent?

Prices Will Continue to Decline: The VHDA Presentation to CAAR, Ocober, 2011

When Will "Recovery" Begin in the C'ville RE Market?

Declining Inventory: This Time, It's Not A Good Sign

How to Make a "Lowball Offer" in the Charlottesville Area

Virginia is in Top 10! But Not in a Good Way

"The New Normal" - A Multi-Part Series

With foreclosures increased 225% YOY in this area, the Daily Progress reports on why home prices will continue declining for years.

Had a foreclosure? Here's how to repair a credit score in as little as two years so another may be purchased.

Want to buy a foreclosure?

2. To find REO properties (bank-owned) Google the name of the bank + "REO".

Foreclosure notices appearing in all Commonwealth newspapers may be found here.

WSJ: Why Be a Nation of Mortgage Slaves? An article that promotes letting foreclosures happen. 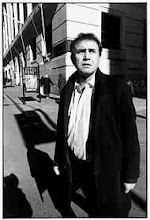 REALCentralVA Asked & We Tell (ALMOST) ALL

The "rich" walk away faster than anybody else when they're under water on mortgages.

Commercial RE continues to tank.

Realtor and builder lobbies corrupt Congress, raise prices, bankrupt government--wait a second, that was Patrick.net's headline about this article.

*The Center for Public Integrity Land Use Accountability Project: The Appraisal Bubble

*WSJ: From Bubble to Depression?
CR: House Prices to Fall Another 30%

*The Atlantic: The Banking Industry Has Captured the US Government

*An easy-to-read explanation about why housing values may take decades to recover.
The Daily Progress recaps the 2008 Real Estate Market. Home sales down 24%. "Slowest market in a decade."

Housing will have two bottoms, according to CalculatedRisk.
An overview of the housing crisis - and why there is more pain to come. T2 partners.

The number of foreclosures keeps rising because mortgageholders can't afford the modifications. Read the data.

Unemployment is NOT a "lagging indicator" - Business Insider

C'ville Weekly: Top 10 Property Owners in the C'ville Albemarle area. No surprises in the story by Chiara Canzi.

Halsey Minor, King of The Tyvek Tower, is being sued not just by contractors, but by the funding bank. The Landmark Mess continues. City claims it will not bail out the blight on the landscape and a real contrast to the $7.5 million in bricks at the base of the steel girders.